6 English Grammar Rules You Can (and Maybe Should) Break

Some grammar rules are really important... but others aren’t. Here are 6 English grammar rules that English native speakers don’t even follow—feel free to break them. 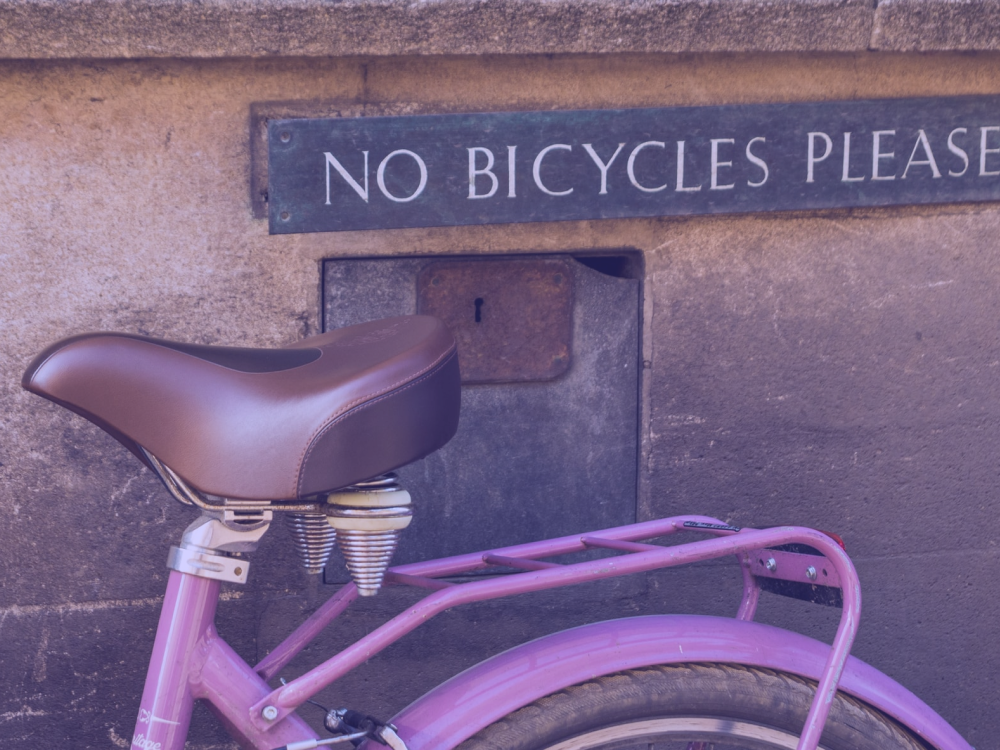 The English language is huge, and it might seem like there is always a new grammar rule to learn.

One of the critical tasks of the English language learner is prioritisation: deciding what to focus your time on. To make that work, you also have to decide which things aren’t important and that you shouldn’t worry about.

In that spirit, I want to give you a list of English grammar rules that you can break—that don’t matter. These can go at the very end of your “English grammar” learning list. In some cases, you actually probably should break these rules.

Sometimes, as an English teacher, I’ve had to teach my students these rules because that’s what’s on the lesson plan. But I always feel like saying, “This doesn’t really matter.”

So here I am, saying it out loud: these are grammar rules that you can happily ignore—English-speakers certainly do.

Notice that we could substitute in another subject pronoun and the sentence would still be good. She loves grammar? She does!

Notice that we could substitute in another object pronoun and the sentence would still make sense: She saw him on the train?

But it doesn’t matter.

Very few native English speakers outside of a university could really tell you the difference. The great, great majority of English speakers probably make the mistake of using “who” when they should use “whom”. They almost certainly won’t notice if you use the wrong one.

Just say “who” and go back to enjoying your life.

Further and farther are both comparative forms of the adjective “far”, meaning ‘more far’. Furthest and Farthest are both superlative forms, so they mean ‘the most far’.

But it turns out that it’s more complicated than that.

Just don’t worry about it.

It doesn’t matter. The Cambridge Dictionary says they mean the same thing. There is virtually no English speaker that you will meet that will notice or care which one you use.

Pick your favourite and don’t think twice about it.

To understand the difference between “less” and “fewer” we have to remind ourselves of the distinction between countable and uncountable nouns.

Basically, some nouns are things that we can count.

For example, we can count “computers”, “shoes” and “ideas”. You can tell a noun is countable when you can put a number in front of it and it makes sense: I have one computer, two shoes, and seven ideas. (Only seven!)

Just as an aside, when we do want to count uncountable things, we often put them in containers… for example, “salt” isn’t countable, but “packets of salt” is. “Bread” isn’t countable, but “loaves of bread” are. Water and beer aren’t really countable, although you might hear someone say, “can I have two waters and four beers” at a restaurant. The waiter will know they want two glasses of water, and four bottles of beer.

(Of course, Grammarly will still try to correct you.)

Because I teach English, I notice when my native English-speaking friends say “less” when they should say “fewer”. But I’m virtually the only one. In practice, the majority of English speakers just always say “less” and go on to lead happy, productive lives, although they might technically be making a grammatical mistake.

You should too. If you are studying for your Ph.D. in English, then sure: learn the difference.

But if you’re anyone else, don’t worry too much about it. Just say “less”. If anyone calls you out, tell them they need to find more interesting things to do with their time.

4. They as a singular pronoun

That, of course, is all true. The problem is that in English, for a long time we’ve struggled with having gender-neutral language.

In many languages, gender is so embedded that it’s kind of impossible to make it gender-neutral. Portuguese, which I’m currently learning, is one example.

But in English, it’s not that hard to do. For example, it used to be the case that we would often use the word “he” to refer to an unknown other. You might have seen people write things like, “If one wants to be a doctor, he must study hard.”

With time, we’ve tried to make our language more gender-neutral. There were a few ways that we have done that in the past. We might have said, “If one wants to be a doctor, he or she must study hard.” Putting both works, but it feels a bit clumsy.

Others would alternate throughout the entire piece: “If one wants to be a doctor, she must study hard. And if one wants to be a politician, he must lie.” Again, it’s not super satisfactory. And, it continues to exclude people that do not identify themselves with masculine or feminine pronouns.

The solution was to use “they” as a singular pronoun. “If one wants to be a doctor, they must study hard.” It’s inclusive and it’s not clumsy. The only problem is that it isn’t grammatically correct.

But, recently, everyone has—or at least the major style guides and dictionaries have—decided that it is completely appropriate to use “they” as a gender-neutral singular pronoun, even if it breaks a grammar rule.

You can—and should—break that rule too.

Feel free to use “they” to refer to an individual. It’s totally fine. Just remember that it takes a plural verb conjugation (“they have” not “they has”).

“Shall” is a strange word, and I’ll confess that I, myself, don’t really know how it works. On the few occasions I’ve had to teach it, I’ve had to look it up.

Usually, it means the same as “will”. In Lord of the Rings, when Gandalf says the iconic line, “You shall not pass!” He could have just as easily said, “You will not pass! “ It means essentially the same thing.

The truth is that, while you will still hear “shall” used in some places (like the United Kingdom) in other places you won’t see it anywhere except for legal documents (like in Canada and the United States). But even if you ever see it in a contract in Canada, it means the same as “will”.

I’ve gone my whole English-speaking life never saying “shall” and I’ve been quite happy. You should feel free to do the same.

Forget “shall”. It’s pretentious anyway. Use “will” or “should” instead, as appropriate. Unless you are a grand wizard and you’re trying to stop a monster from crossing a bridge.

Some grammar books teach that you should use a particular order when describing something. Apparently, you should talk about size, then age, then shape, then colour, then nationality, and then material.

Now, it’s true that, to my ear, the first sounds more normal than the second. But it’s also true that no one will actually notice when you’re speaking. It’s not worth trying to memorise.

Don’t worry about the order of adjectives.

You should spend your time actually trying to learn new vocabulary—and remember them—rather than worrying about what order you say them in. This is a very low priority grammar rule.

In the real world, lots of grammar rules don’t matter

What I really hope you take away from this post is that we use language to communicate.

Grammar rules help us do that; they help ensure that you speak in a way that others are expecting so that they can more easily understand you.

But we—English teachers—often teach English as if it’s a science. We teach that there is a “right” way to do it. But actually, English is more of an art. Speaking English is much more like painting than it is like doing maths. Sure, if you want people to understand your painting, you need to follow certain rules for perspective and shape. If you speak like Picasso painted, people won’t understand you.

But language really is flexible. Great writers and orators broke grammar rules all the time.

You can too. Think of grammar rules more like guidelines. And some of those guidelines matter much more than others.

You’re learning English to enrich your life, to discover new ideas, and to meet new people. You’re not doing it to worry about making silly mistakes that no one will notice. So feel free to break the rules every now and then.

At the end of the day, if you are speaking and your conversation partner understands you, you’re fine.

And if someone points out that you broke one of these rules, you can tell them that I gave you permission.