Blog
/
Language learning
/
Talking To Yourself: Is It An Effective Way To Improve Your English Speaking?

Talking To Yourself: Is It An Effective Way To Improve Your English Speaking?

Can talking to yourself help you learn English? See what the research says and the most effective ways to do it 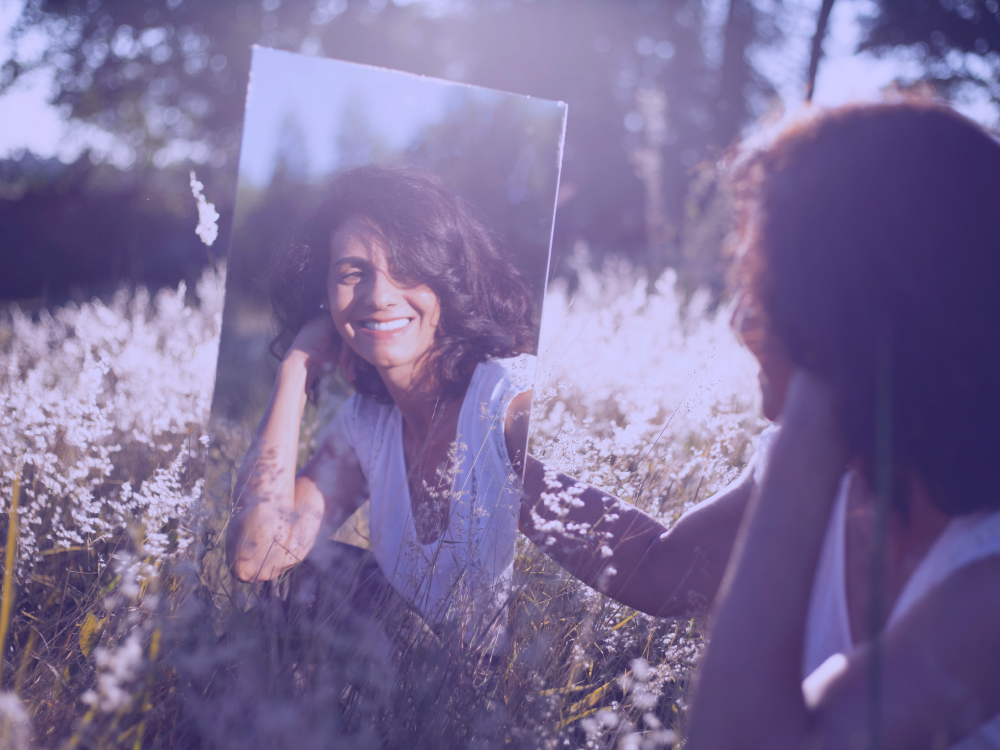 If you’re anything like me, you talk to yourself in the shower.

I imagine I’m winning imaginary arguments or that I’m answering interview questions for jobs I haven’t applied for. Every once in a while, I’m telling Oprah about the fantastic book I never wrote.

I like to think it’s not weird... it’s just my mind wandering.

Occasionally, I have these conversations in Portuguese—the language I’m learning. In that case, I like to believe that it’s not only not weird but that the inner dialogue is actually helpful. That I’m practising Portuguese and getting better at it.

In this article, I’ll explain whether that’s true: can you really learn English by talking to yourself?

I’ll present some research on the role of talking to yourself in language learning and show that it really can be beneficial. Then I’ll give some advice for different ways that independent English learners can do it effectively.

Why learn English by talking to yourself?

But first, why think about self-talk anyways? Why not just be a normal person and keep conversations to social situations with other people?

There are a few reasons that talking to yourself is a potentially useful exercise:

The other major reason to speak to yourself is that it could actually improve your English ability.

I was surprised to find that there is actually quite a bit of academic research on talking to yourself for learning a language.

Researchers have distinguished between “inner speech” and “private speech”.

Inner speech is the kind I usually use in the shower when I’m winning imaginary arguments. It’s mental self-talk. It’s thinking in words without saying them. It’s silent speech that is directed at oneself.

Private speech is the kind that we associate with crazy people: it’s talking out loud but not to another person. It’s audible speech but it’s directed at oneself.

The history of the study of both inner speech and private speech in language development is quite fascinating. If you’re interested, I recommend this article, which provides an in-depth review.

The role of inner speech and private speech in language acquisition

It turns out that both inner speech and private speech play a role in language acquisition.

Researchers suggest that private and inner speech are so important to language learners that teachers should intentionally make space to use them in language learning classrooms.

For example, linguistic researchers have suggested that teachers:

Together, the research seems to suggest that both inner speech and private speech are extremely important in the process of learning a new language. And it further suggests that most of us already do it.

The conclusion for language teachers is to create opportunities for their students to use inner speech and private speech in class.

And for independent English learners, the clear conclusion is that talking to yourself—out loud or just in your head—can be really helpful.

I couldn’t find any research that suggested that you should prefer one over the other. Both seem to be good for general speaking practice.

However, I would say that you probably do need to speak out loud if you want to practice your pronunciation.

Pronunciation requires a particular set of muscle movements and coordination between the mouth, throat, and vocal chords. Those are physical movements that you can practice and get better at. You’re likely not going to improve those physical aspects of fluency as much if you’re not speaking out loud.

Besides that, though, the indication I got from the literature is that speaking to yourself—regardless of whether it’s out loud or in your head—can be an effective way to practice English.

Ways to use self-talk to learn English

So how can you incorporate talking to yourself into your own English learning programme? Here are a few ideas.

1. Just talk to yourself

Whether you’re in the shower or doing the dishes, have a little conversation with yourself in English. You can use inner speech or private speech. Just try to spontaneously use the language.

Each of these can be a great way to fit in some speaking practice as you’re doing other things. I’m sure you can think of many more to add to this list.

We have a whole article on shadowing for learning English. It’s a really effective exercise and for some Leonardo English members (like Steven) it’s actually a favourite activity.

To do it, just listen to someone speaking English—preferably a native English speaker. Then repeat what they are saying as they’re speaking so you sound almost like an echo.

Part of the reason it’s so great is that it helps you with the physical aspects of fluency by training your mouth and vocal organs to make English sounds. You also won’t make any vocabulary or grammar mistakes because you’re mimicking exactly what you hear.

Reading is one of the best ways to get lots of English input. You can turn it into a speaking activity by simply reading out loud.

Google Translate is a great tool for this.

Music can be a great way to learn English. Most of us love music and there are so many artists that sing in English that you could explore forever.

Singing out loud is a great way to enjoy music at the same time as practising English.

For an extra bonus practice, sing while reading the song’s lyrics. Then, try to explain what the song is saying in your own words.

Recording yourself is great for a few reasons.

The first reason is that it helps you identify the mistakes that you make in your English. It’s much easier to hear them when you’re listening back on yourself compared to when you’re speaking in the moment.

The second reason is that it’s a great way to measure your progress in English. After a few months, you’ll listen back on yourself and you’ll see how much you’ve improved.

There are a couple of disadvantages of self-talk that you should be aware of.

The first is that it’s not easy to know if you’re making a mistake in your self-talk.

When you speak with a conversation partner and you make a mistake, they may tell you or they may not understand you. So it’s easier to know when something is wrong.

But there’s no feedback like that when you’re just talking to yourself.

For that reason, it’s good to find other ways to recognise the mistakes that you make most often and learn from them.

Self-talk is not sufficient on its own

Self-talk can absolutely help you become a better English speaker. But you can’t just talk to yourself and get fluent in English.

English is for communication. Make sure you are chatting with a real-life English conversation partner, too.

Self-talk is a great tool for the independent English learner

Like me, you may already engage in some forms of self-talk.

It’s a useful tool for us whether we’re preparing to give an important presentation, getting ready for a difficult conversation with our partner, or just daydreaming about our first talk show experience.

And it turns out that most language learners already use it when we’re practising a language. It’s part of the learning process.

So here, all I’m really suggesting is that you use it intentionally. Language teachers build self-talk activities into their lessons. If you’re learning English on your own, you can do the same thing: create opportunities for yourself to use self-talk to practise English.

It’s another powerful tool to add to your English learning toolbox.

Centeno-Cortes, B. (2003). Private speech in the second language classroom: Its role in internalization and its link to social production. The Pennsylvania State University.